Free shipping on all orders of $100 or more 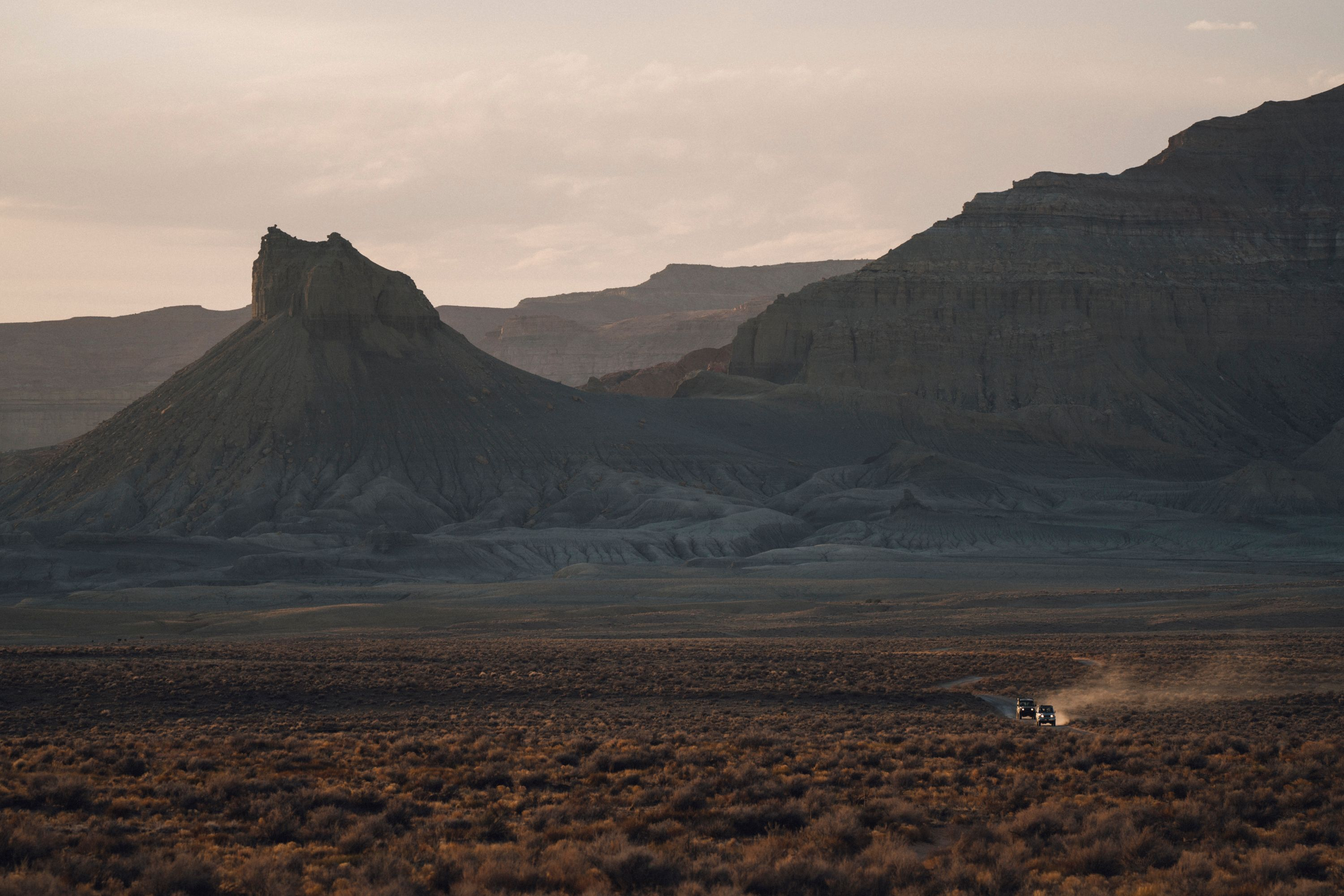 There’s a spot on the map that you can come close to in a vehicle that is as far away from the pavement as anywhere in the lower 48. That spot is high on the Kaiparowits Plateau in The Grand Staircase Escalante National Monument (GSENM). The Utah Traverse, a route that I have been developing since 2007 weaves its way right by this lonely spot on the map. Whether you are going east to west or west to east it takes you through layers of time and some of the most magnificent country in the world. The idea with this route was to give our audience a bite-size snack of the fabled route. 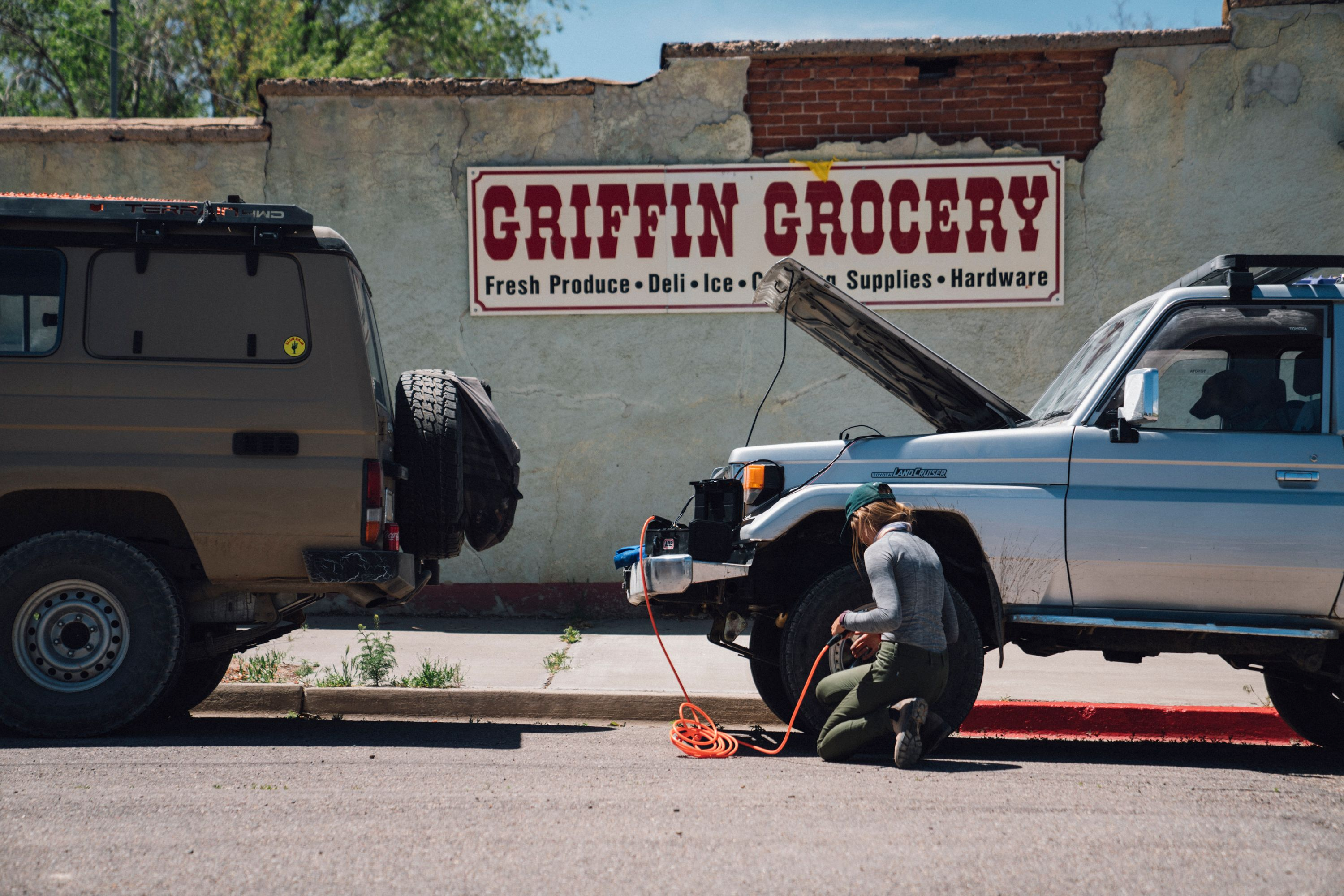 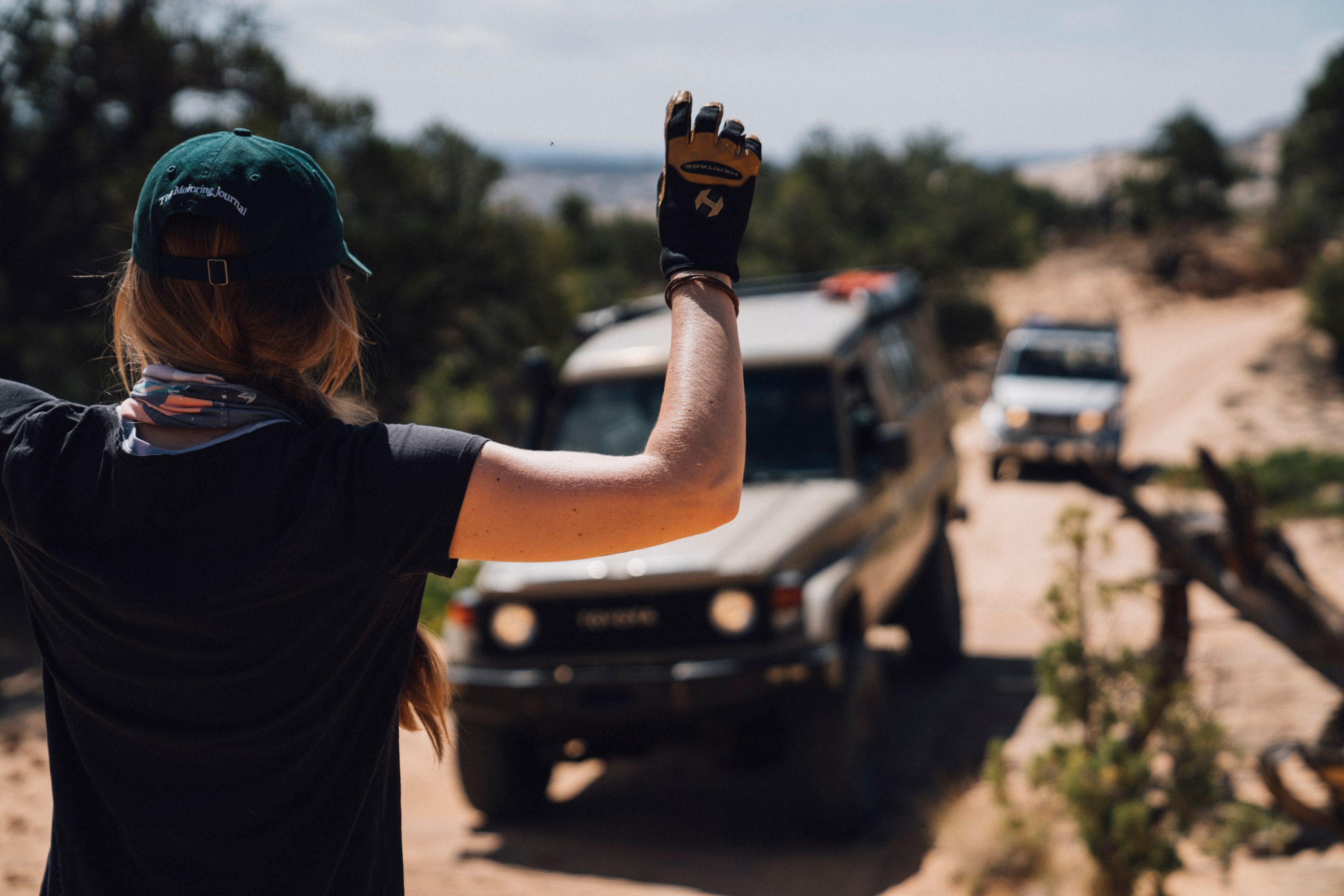 Somehow I conned Maggie McDermut, a professional off-road driving instructor that I had previously met on an Overland Journal shoot, as well as Ty Hathaway who I was introduced to by the illustrious John Watson to join me through this forbidding terrain. We met where the Grand Staircase Escalante National Monument meets Capitol Reef National Park. Maggie in her tiny but mighty BJ70 Land Cruiser and Ty in his HZJ75 Land Cruiser.

A mellow morning with warm temps for early May led us to a swimming hole along Calf Creek, a flat hike to Lower Calf Creek Falls a perfect time to cool off before we crossed over Kaiporowits. At camp that night we could see south to Navajo Mountain, a beacon we would see for the rest of the trip. Known as Naatsisʼáán ("Earth Head" or "Pollen Mountain") to the Navajo people, it holds a revered significance. Even for me, after 25 years of traveling the region, I feel a sense of home when I see it on the horizon. 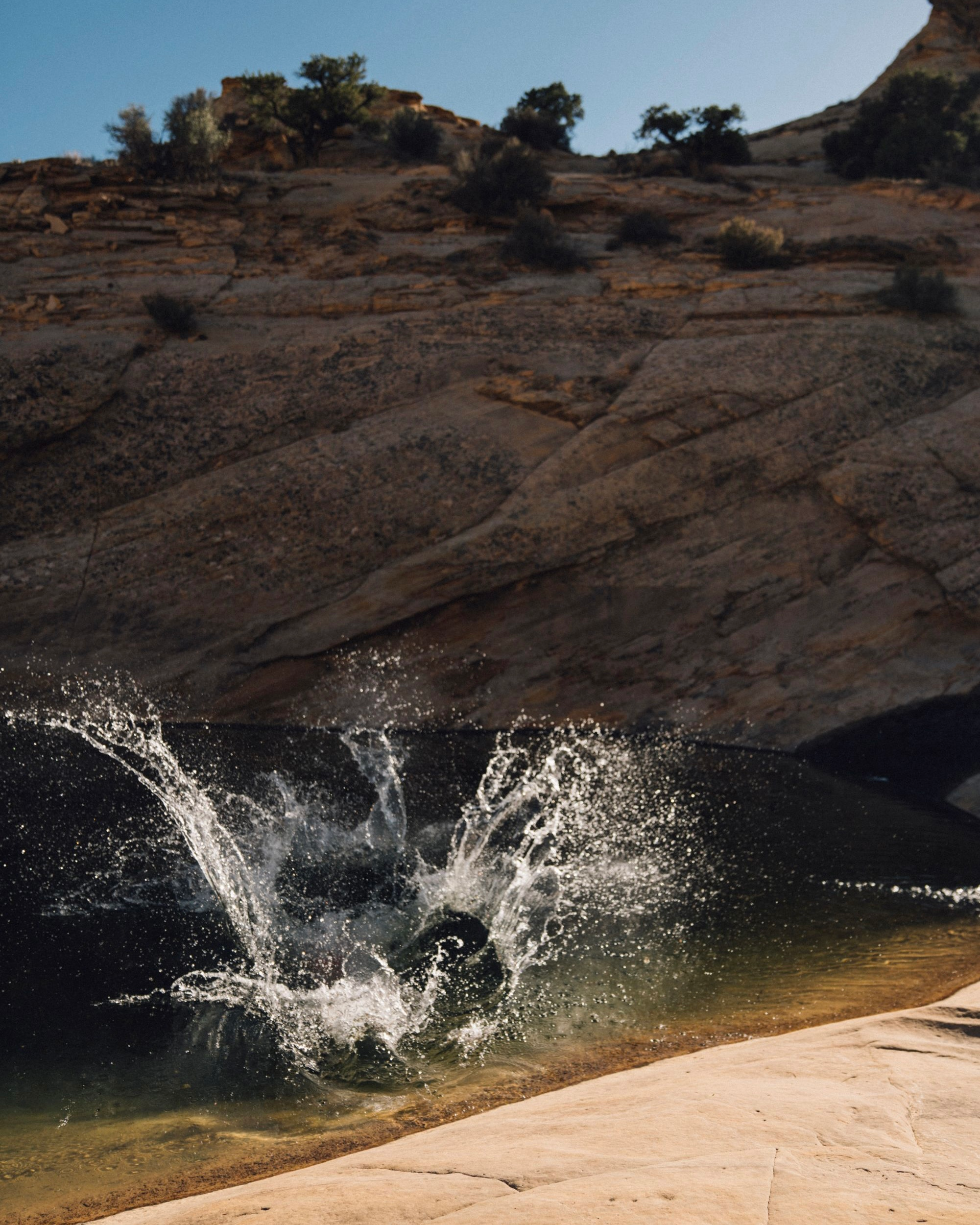 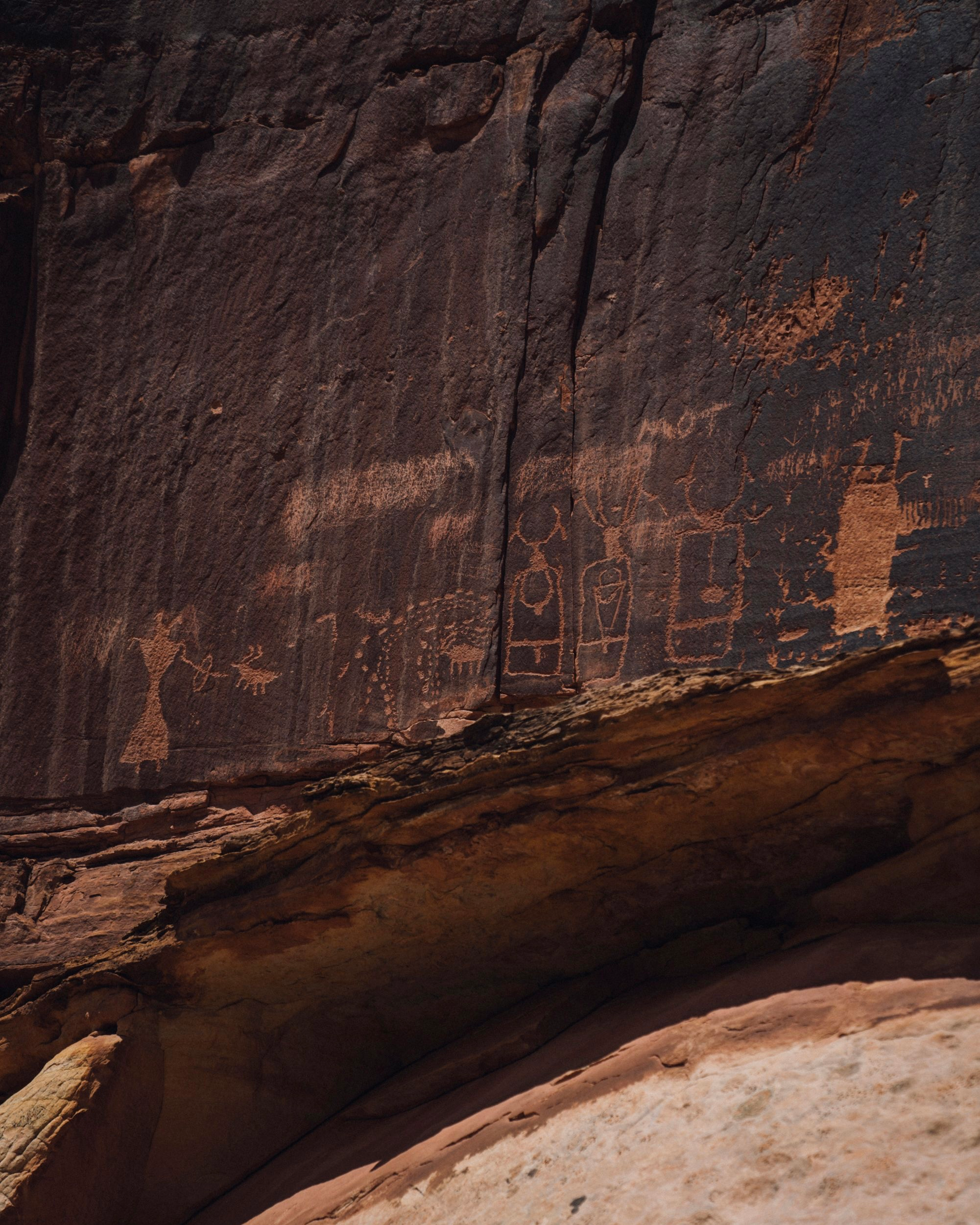 The Escalante area has such a strong sense of place, there is no other area like it. When looking at a map or even flying over at 35kft/10668m it looks like a flat desert with intricate plumbing. It’s not until you’re down on the ground and that map you realize was crumpled up like a bad mistake and as you explore more, that crumpled map flattens out revealing itself. Even after decades sauntering through the are, something new always reveals itself. A new view, a new feature, a new landscape, a new pattern, a new route. This is why I travel, to experience all these novel ideas. 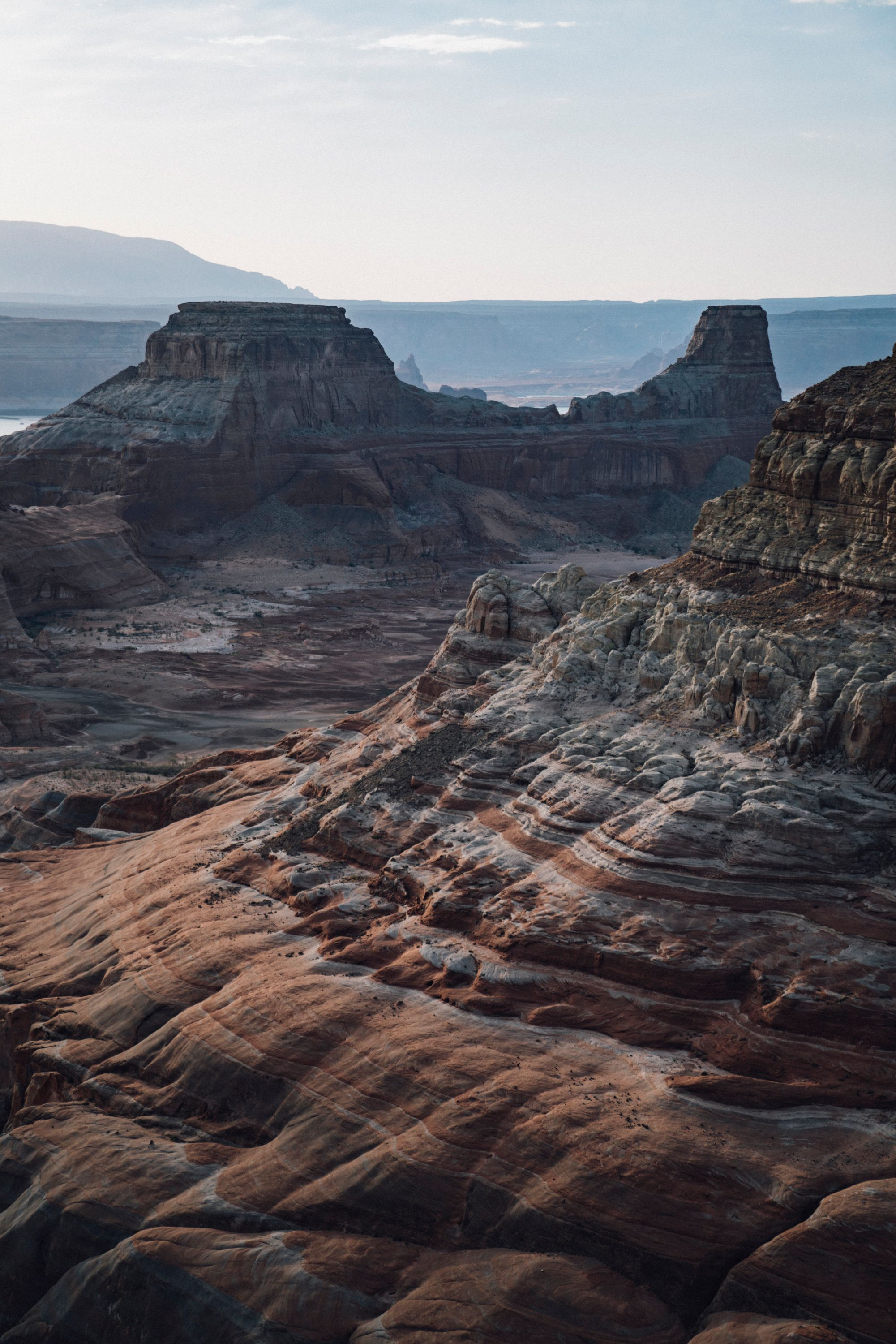 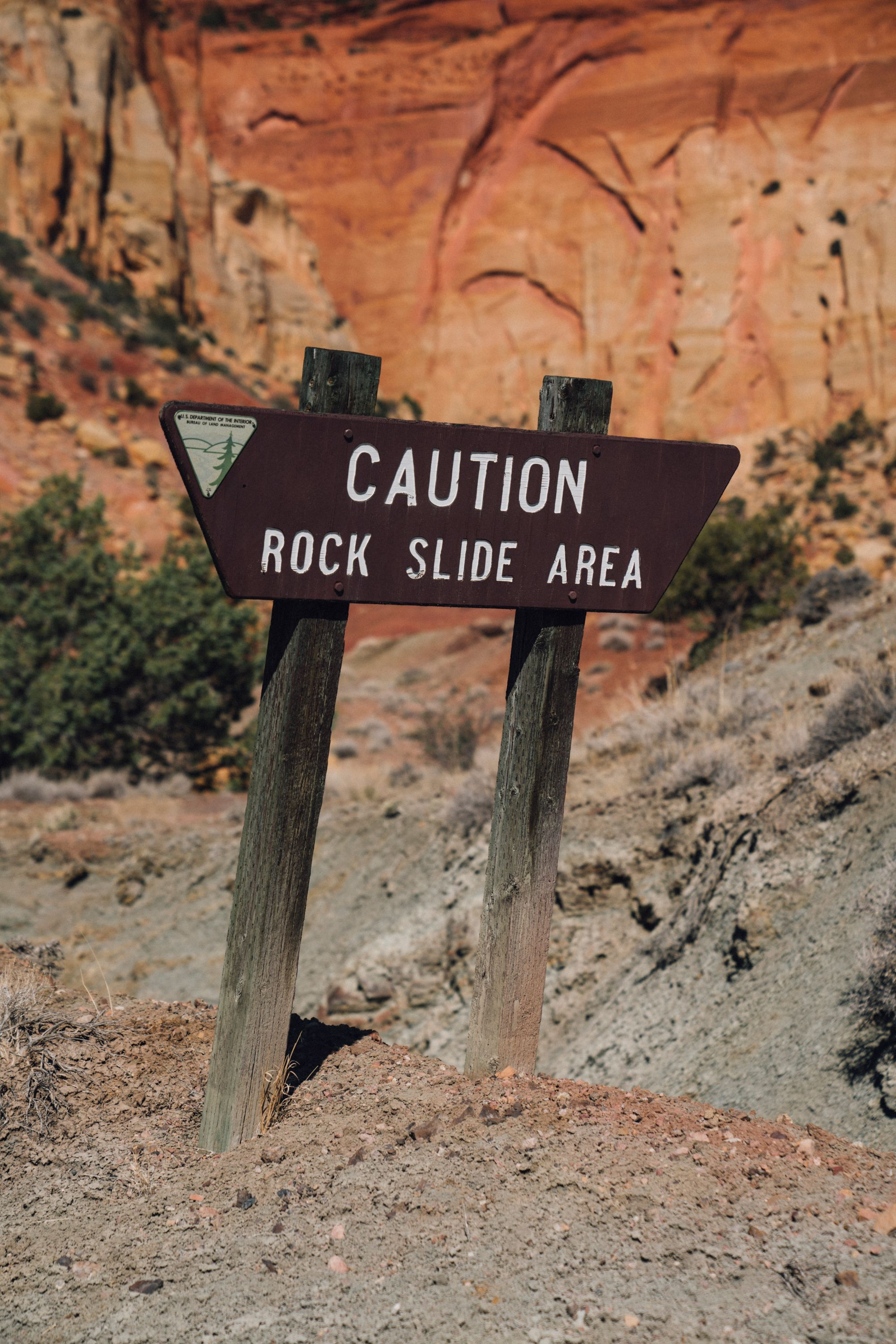 The next several days would take us to the southernmost terminus of GSENM at Lake Powell. The thing about the expansiveness of the area is it’s hard to comprehend because there so few places in the United States that you are presented with such raw nature at this scale. 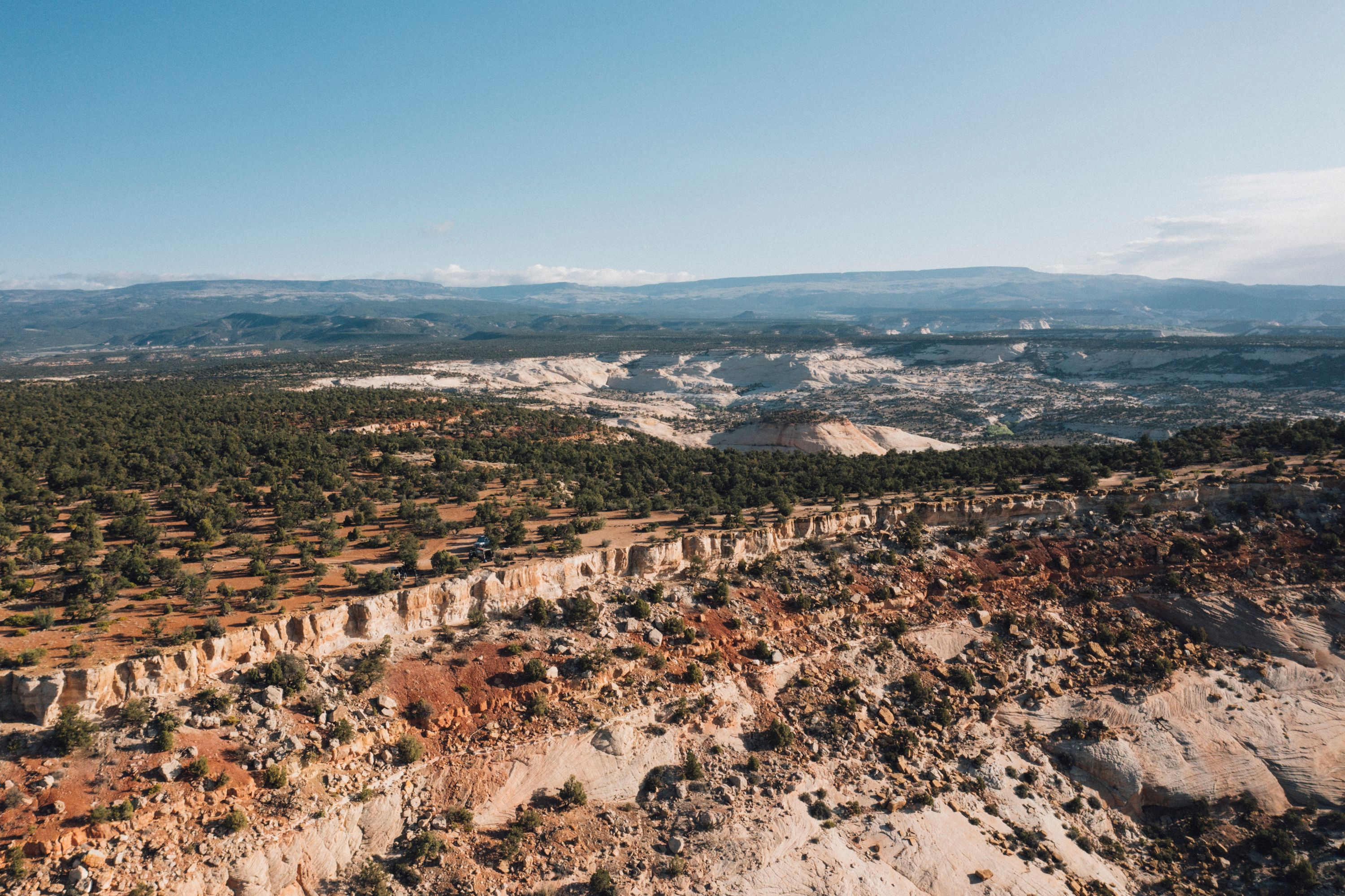 We could see 75 miles to the south clear as can be without a powerline or visible road to give any sense of scale. The west was flanked by 10,200ft/670m Powell Point and Kaiparowits Plateau running straight to Navajo Mountain to the south. Boulder Mountain and the Aquarius Plateau cradles us to the north with the jagged peaks of the Henry Mountains far on the eastern horizon and the malay of the Canyons of The Escalante in the foreground. 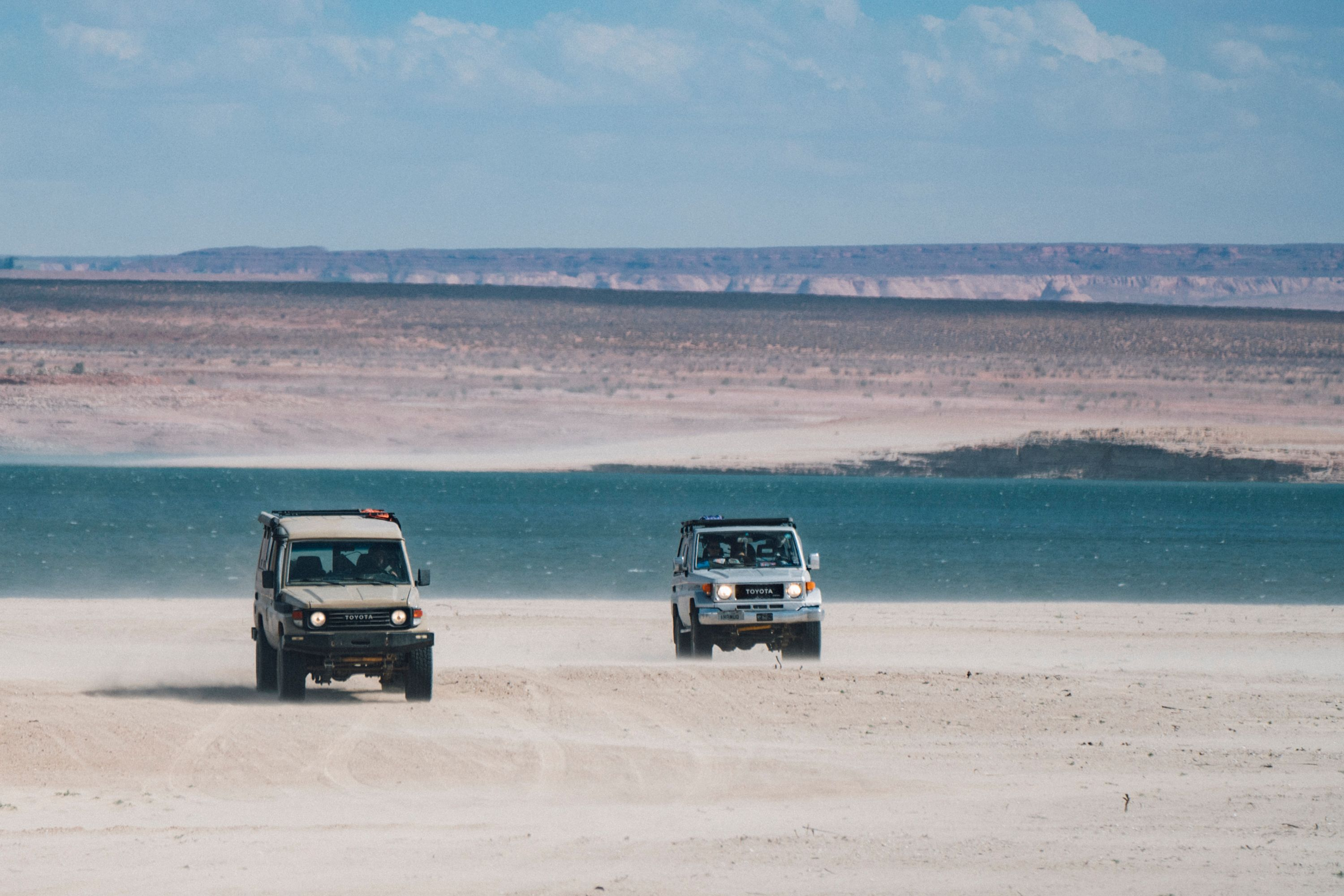 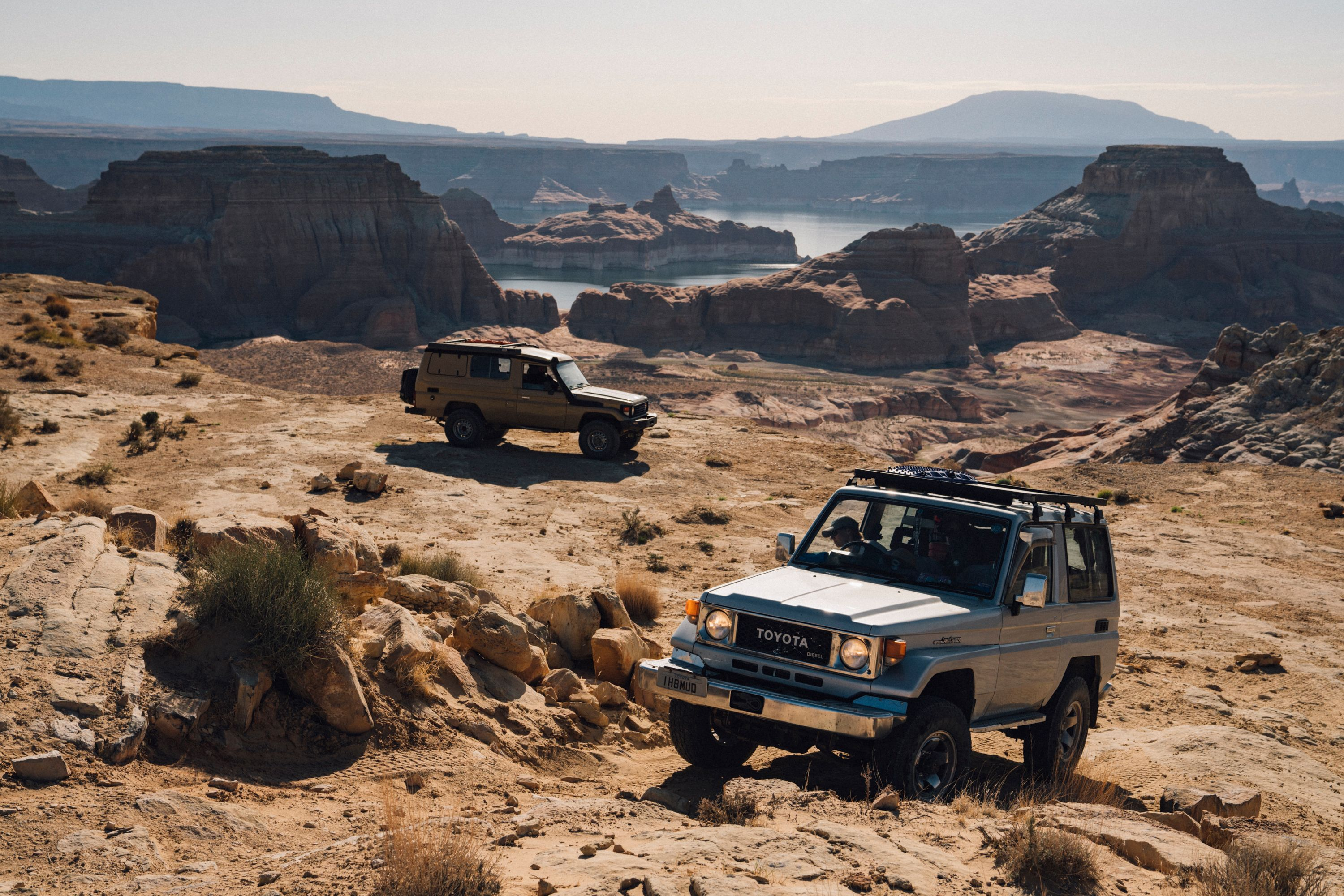 A map of the route with a photographic journal can be found in the new limited release Escalante Editions. 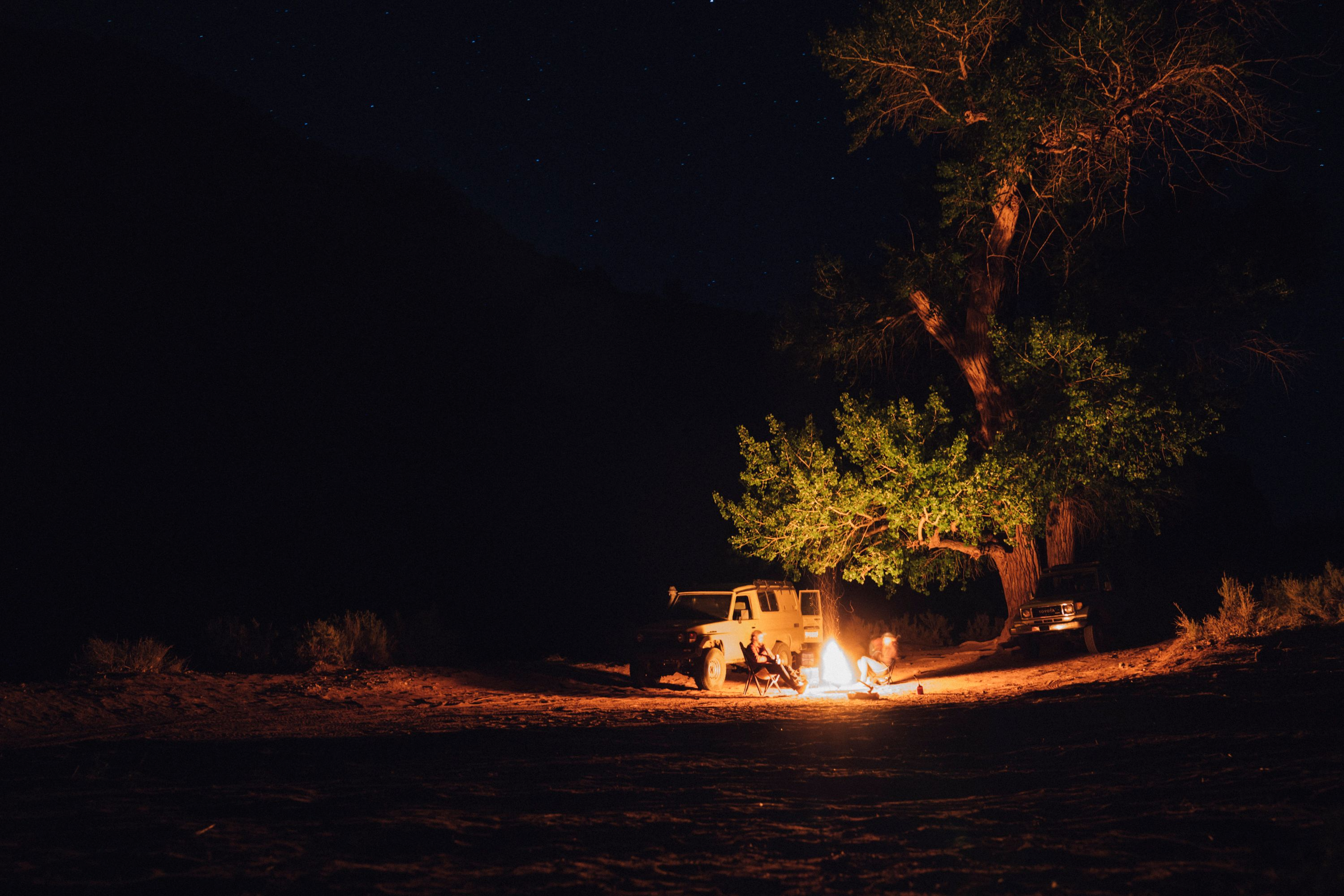